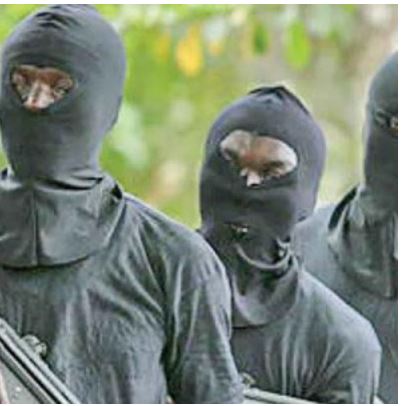 The Lagos State Government on Tuesday commenced moves to charge the suspected kidnappers of the Oniba of Iba, Oba Goriola Oseni to court for criminal conspiracy, kidnapping, murder and armed robbery. The Government, in a statement issued by the Attorney General and Commissioner for Justice, Mr. Adeniji Kazeem, said the four suspects – Duba Furejo, Ododomo Isaiah, Reuben Anthony and Yerin Fresh would be prosecuted in accordance with the relevant laws applicable to the alleged crimes committed.

Kazeem, who has already issued legal advice for the prosecution of the suspected kidnappers, said the suspects would be charged for offences of conspiracy for kidnapping, kidnapping, and two counts charge of murder and armed robbery.

He added that the charge would be filed expeditiously at the High Court of the State to ensure prompt prosecution of the suspects.xx It would be recalled that during the unfortunate and dastardly crime, the security guard in the Palace and a commercial Bike rider were killed, while the monarch was whisked away and kept in captivity for about three weeks.

The sustained pressure and intelligence gathering from law enforcement agencies, however, led to the rescue of the monarch, while the four suspects were apprehended in the process.

Besides, the Commissioner said the administration of Governor Akinwunmi Ambode, as part of its commitment to make the State a safe place to live and do business, will continue to support  law enforcement agencies in the investigation and apprehension of all criminals, especially those involved in heinous crime of kidnapping, armed robbery and murder.

According to him, “Governor Ambode is committed to ensure that Lagos State becomes a no-go area for criminals who target innocent citizens for kidnapping and collection of ransom.

“My office will continually give the necessary support to the Police in apprehension, investigation and prosecution of criminals in Lagos State,” Kazeem said.

He, however, urged residents to promptly provide information that could lead to the apprehension of criminals, assuring that government would continue to work assiduously to ensure that criminals are brought to justice.

He also said that the State Government is desirous to prosecute to logical conclusion and promptly all criminal cases as well as ensure that suspects are brought to justice swiftly.

Share
Facebook
Twitter
WhatsApp
Previous articleChris Brown has been arrested for assault with a deadly weapon
Next articleAPC Posts Questionnaire On Area Of Priority As Diversification From Oil Looms
- Advertisement -Ad ==> Discover how a young Nigerian graduate now makes a consistent 40k per week doing a legitimate online business. You too can start yours now, click here!!!