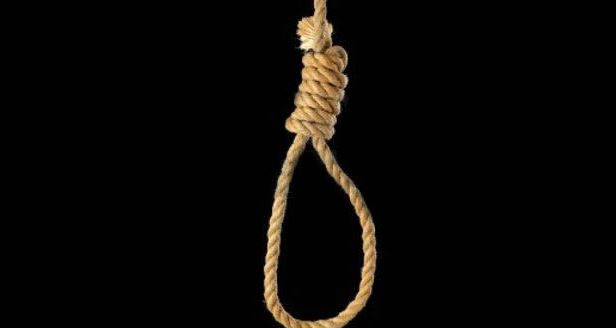 A 48-year-old landlord on Tuesday hanged himself in Ibadan, leaving behind a three-page suicide note.

The incident happened in Idi-Ose along Akan road in Ona Ara Council Area of the city.

The deceased, Popoola Adepoju, was found in his room dangling from a rope tied to a ceiling fan.

Residents of the area said the father of three sent his children on an errand before taking his own life.

Adepoju’s wife told the police that her husband left the defunct National Electric Power Authority in Abeokuta two years ago but his entitlement was yet to be paid. She added that he had engaged himself in cement business on a small scale before his death.

His family initially refused to hand over the suicide note to the police but after the intervention of the general chairman of the Idi Ose community, Taiwo Alimi, it was taken to the Akanran Police Division.

The deceased was interred in his house after the Divisional Police Officer at the station, Aliko Dankoli, gave the family permission to proceed with his burial arrangement.

A member of Four Square Gospel Church, where Adepoju worshipped with his family, said he attended Monday morning service in the church and never gave a sign of depression.

He said, “Adepoju was a devout Christian, pious and was talented. He was always offering tangible suggestions whenever the Welfare Committee of the zone met. What could have informed this action is unclear.

“We were together at the early morning service at our church on Monday. We usually have such service on the 1st, 2nd and 3rd of every month. When I saw him last on Monday evening after the evening service, he never gave the premonition that he was going to commit suicide.”

A landlord in the area, who did not give his name, however gave a hint that the deceased was going through a difficult period.

He said Adepoju had planned to buy a smaller car to be used as taxi to supplement what he made from the small cement business he was doing.

He said, “he wanted to sell the car so he could buy a small vehicle which he would be using as cab to serve as a sustaining means of livelihood for his family. He however said that the amount being offered was insufficient.

“He sometimes complained that things were no longer as they were before he was disengaged from work. It was a surprise when we discovered that this unfortunate incident had happened.”