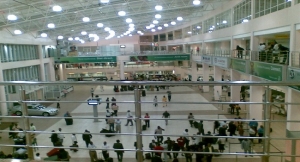 No fewer than two-hundred and forty one Nigerians were repatriated from Libya by the International Organisation for Migration (IOM) on Tuesday.

Among the returnees were those trying to pass through Libya into Europe in search for greener pastures but became stranded.

A breakdown of the figure shows there were 67 females out of which six were below the age of 18 years while four were minors—under the age of four.

They were received by the National Emergency Management Agency Officials (NEMA) at the Lagos international airport. The agency have started transporting some of them to their respective states while those staying around Lagos were given transport fares to their places of destinations.

Meanwhile, three of the returnees a male and two female are on admission at the Lagos State University Teaching Hospital undergoing various medical treatments.