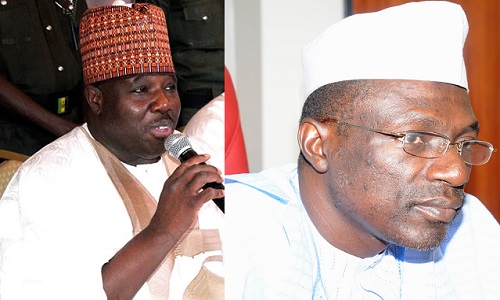 Speaking when he granted audience to Madam Esther Opera, the deputy governorship candidate of his faction of the party in Edo State yesterday, Sheriff said that he was waiting for the Independent National Electoral Commission (INEC) to publish the names of governorship candidates for the September 10 polls in the state, tomorrow, to start leading the campaign of his factional candidate, Mathew Iduoriyekemwen‎.

It would be recalled that the INEC, recently, accepted the M‎akarfi caretaker committee’s candidate, Pastor Osagie Ize-Iyamu as PDP flag bearer for the Edo governorship election.

But Sheriff said: “What the court says is that the only person that can submit PDP gubernatorial candidate to INEC for Edo and Ondo states is Sheriff.

“The court also said that starting from the date of last convention, May 21, what happened in Port Harcourt signed by Makarfi is illegal, null and void.‎

“So, I don’t know why they are deceiving Nigerians. Instead of following the rule of law, they are there wasting their time. They are only just trying to destroy our party by wasting peoples time, making pronouncement and plans that will not even get out of their backyards.

“If Pastor Ize-Iyamu likes, let him campaign from now to a thousand years to come, the governorship candidate for Edo State is Matthew. There is no basis for his candidacy. He cannot come from a non-existing caretaker committee and rush to say he has become a candidate of PDP”.