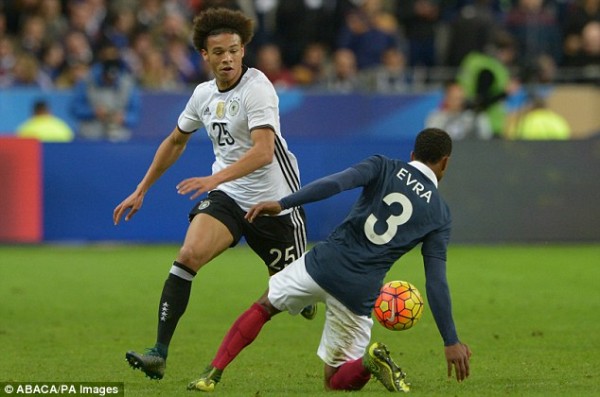 Manchester City have confirmed the signing of Leroy Sane from Schalke on a five-year deal.

The 20-year old was reportedly linked with many clubs but decided to join the Manchester club on a transfer fee believed to be in excess of £37 million.

“I feel really good, I’m happy to be here and happy that it has all worked out. Now I can settle here in Manchester and play for City,” He was quoted saying.

“One of the reasons I decided to join City was Pep Guardiola; he convinced me to come here and that I can continue to progress. I know I will learn a lot under him and now I can take the next step in my career.

“I followed Pep at Barcelona and at Bayern where he achieved a lot and worked really well with young players.

“I think he can make me a more complete player. I think I will need a bit of time to start with because it’s another league and there’s a different style of play but I think I can adapt very quickly.”

Sane was named in Germany’s Euro 2016 squad after scoring 13 goals in 57 appearances for Schalke.

And the former Bayern Munich manager was quick to praise his new recruit.

“At 20, he is still developing as a player but he is already a member of the German national side and I think he will be a fantastic asset to our Club. We are very happy he decided to join us.”