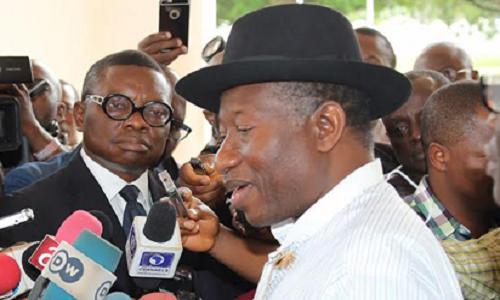 The Senator Ahmed Makarfi-led National Caretaker Committee of the Peoples Democratic Party, PDP, has warned of grave dangers ahead for Nigeria’s democracy if the Federal Government goes ahead with its probe of former President Goodluck Jonathan over the Niger Delta bombings.

There were reports last week that the security agencies had launched a discreet investigation on the possible culpability of the former president and his wife, Dame Patience, in the recent spate of bombings in the Niger Delta.

Media reports had quoted an intelligence source as disclosing that it had been established that some of the oil installations bombed in the Niger Delta had actually been mined while Jonathan was president by some of the militants and operatives are known to be very close to him.

Mr Jonathan had in reaction to reports that he is being investigated by the security agencies, issued a statement through his spokesman, Ikechukwu Eze, accusing some unnamed persons, who may have an axe to grind with him, of feeling frustrated by his soaring reputation on the local and international scene.

In its reaction, the spokesperson of the caretaker committee, Prince Dayo Adeyeye, described the probe of the former president over the Niger Delta bombings as a “pure witch-hunt”.

Prince Adeyeye, in a terse statement, said: “It’s a pure witch-hunt and a very dangerous precedent which portends grave danger for Nigeria’s democracy”.