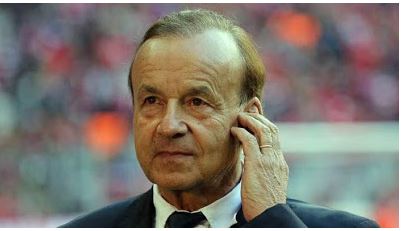 63-year-old former Gabon, Burkina Faso, Nantes, Nice and Bordeaux coach, Gernot Rohr, will be unveiled on Monday in Abuja by the Nigeria Football Federation as its new technical adviser.

According to Sporting Sun, the German and two of his assistants will arrive Nigeria on Saturday after agreeing to the NFF terms which include living in Nigeria and qualifying the county for the next World Cup. 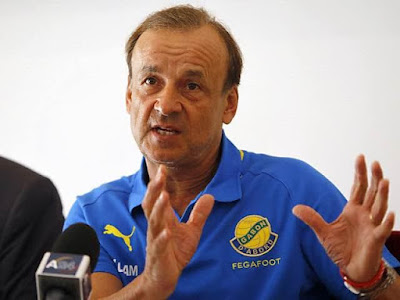 He would sign a contract with the NFF on Monday after watching the NPFL game between Ikorodu United and 3sc of Ibadan on Sunday at the Onikan stadium , Lagos.
Explaining why they went for Rohr, NFF president Amaju Pinnick said;

“The factors we considered are his experience and pedigree, the fact that he understands the African terrain and speaks good English . Communication won’t be a problem and he is a very knowledgeable coach”

Nigeria has been paired against Zambia, Algeria and Cameroon and only one country will automatically qualify to the World Cup.