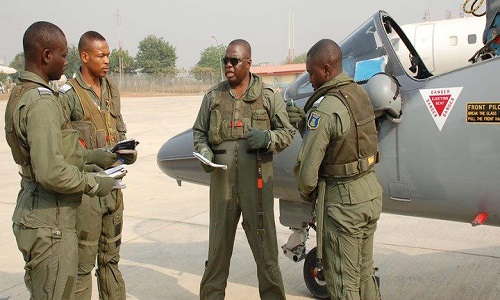 The Nigerian Airforce has announced plans to increase personnel it recruits into service to 2,500 annually.

The increase in the number of intake would increase the Air Force’s support to Nigeria’s security, the Chief of Air Staff, Air Marshal Sadique Abubakar, who announced the new plan, said.

The Airforce boss made this announcement during the commissioning of the Ground Training Centre Airmen Instructor’s Quarters and Recruits camp at the 335 Base Services Group Air Force Base, Mando in Kaduna State.

He explained that the projects were aimed at creating enabling working environment for personnel as a motivation to discharge their duties effectively and efficiently.

Announcing plans by his administration to ensure that personnel of the service have their own houses upon retirement, the Air Chief urged them not to relent in their duties in protecting the territorial integrity of the nation.