According to reports from India, police have arrested a 36-year-old Nigerian in Mangaluru, Karnataka.

The suspect, Emeka Clinton Obinna, was said to be transporting cocaine from Goa to Bengaluru. 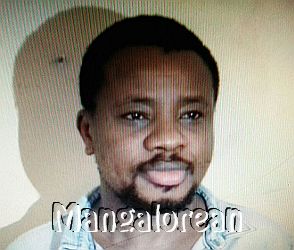 Mangaluru City police said Emeka acted as a mule for drug traders in south India. He would procure drugs and other contraband material from smugglers in Goa and handover the same to traders in Bengaluru.

The police zeroed in on him following a detailed probe into the drug racket in coastal Karnataka.

Emeka came to India on a business visa, which had expired last year. He had made several successful trips to Goa in the past.

When the police arrested him on Friday, they found 4.5 kg of cocaine in his possession.

Emeka is being interrogated by police to find out about his partners in drug trade.

The police have registered a case against him under the India Narcotics, Drugs and Psychotropic Substances (NDPS) Act, 1985.