Facebook user, Ada Ogbonna shared this post (below) on her wall some hours ago. She says she named her dog after Nigeria’s Minister of Information, Alhaji Lai Mohammed, because he’s someone she admires. 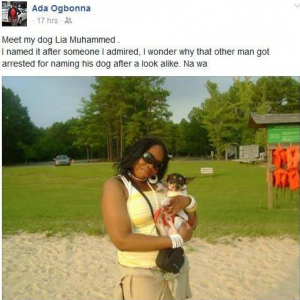 We hope she would not be arrested like the 30-year-old trader, Joe Fortemose Chinakwe, who named his pet dog ‘Buhari’.

Recall the embattled trader, who was visibly angry after his three-day incarceration in police cell explained why he named his dog after the Nigerian President. 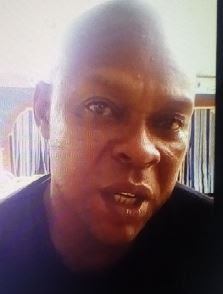 The father of two said; “I did not commit any offence. I named my beloved pet dog Buhari, who is my hero. My admiration for Buhari started far back when he was a military Head of State. It continued till date that he is a civilian President. After reading his dogged fight against corruption, which is like a canker worm eating into the very existence of this country, I solely decided to rename my beloved dog which I called Buhari, after him. I did not know that I was committing an offence for admiring Buhari.”