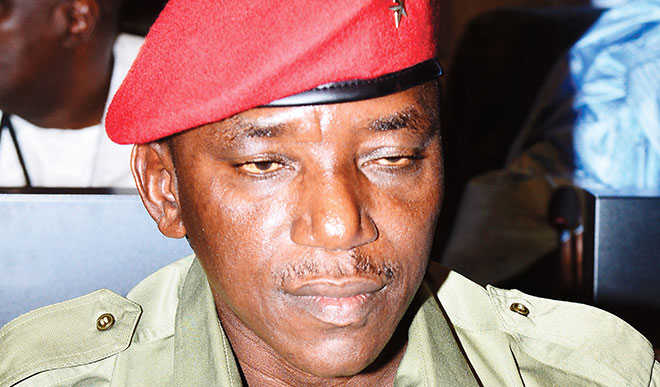 
“Blame Jonathan for poor performance at Rio. We are already preparing for 2020 Olympics”- Min. Dalung. May God deliver us from these people!

And Nigerians couldn’t hide their displeasure and poured them in rapid succession.

Min. S. Dalung is pure bonkers! He should be at a mechanic village!!!

@realFFK
Nuisance Dalung a misfit with the urgent need for mental evaluation and stability. His a shame for a generar

@realFFK let the blame game continue, our red barret wearing sports minister should get his thinking cap on. He’s shown his incompetence.

However, this user blames Jonathan for only one thing;

@realFFK Yes I will blame Jonathan.If GEJ is the President,how will a clown like Solomon Dalung be a sports Minister? Never again Nigerians.