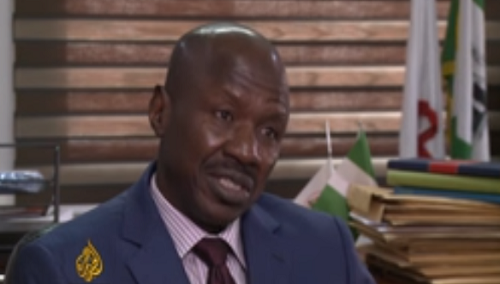 The EFCC boss, Ibrahim Magu today while addressing Newsmen took a swipe at the Nigerian Judiciary.He called them Nigeria’s ‘Biggest problem’ and also described them as corrupt.

“Nigeria’s Biggest Corruption is in the Judiciary”

“The biggest form of corruption is not the ones you find in government offices or banks; it is not the ones that is plaguing the oil industry or pension administration.”

“The biggest, most virulent form of corruption that ever existed is the one that has eaten deep into the fabric of the Temple of Justice.”

The Buhari administration has focused much of its energies on the anti-corruption campaign, pursuing public officials suspected of embezzling funds in the previous administration. The EFCC has at various times blamed its inability to convict suspects on the judiciary, slamming alleged ‘corrupt’ judges for letting suspects get off easily.