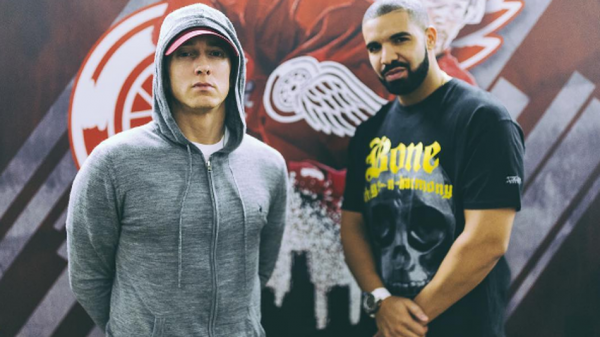 One of hip hop’s most respected artists, Eminem joined Drake on stage during his concert in Detroit on Tuesday night. Eminem’s appearance dispelled rumors of a beef between the two artists as the ‘6 god’ even paid homage to Em.

The surprise appearance was made even more remarkable as Drake told the crowd while introducing Eminem; “Make some noise for the greatest rapper to ever get on a motherfucking microphone,”