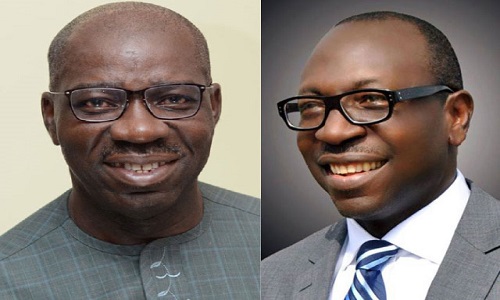 A chieftain of the All Progressives Congress (APC) in Edo State, Elder Sunny Uyigue, has declared that the Peoples Democratic Party (PDP) will not win the September 10 governorship election in the state.

This is just as he accused the party of introducing thuggery and violence ahead of the polls.

He was reacting to an allegation by the PDP that their members were harassed and detained by the Edo State government, following the remand of 13 youths in Ovia North East local government area over an allegation of attempted murder.

Elder Uyigue asked the PDP to save its argument for the court, which will decide whether the youths are law abiding or not.

He alleged that the PDP introduced violence into the electioneering, recalling that it was the party’s trademark in previous polls.

Uyigue said: “The campaigns have been going on well. The PDP is introducing violence, which by now we ought to have overgrown in the Nigerian politics. They are organising thugs, using their members in the House of Representatives.

“Look at what they did to the electricity project in Uhen-Egbeta. They seized the vehicle, saying it should not pass through Okada. They have been charged to court now. People are making noise about it.

“Let the law take its course. The driver was severely beaten. His boy was beaten. Police took all of these to the state. What other evidence do you want to show that you were not violent? As the campaign is going on, the PDP chances are very slim, there is no way they can win this election, no magic”.

The APC chieftain insisted that the PDP would not win the election, adding: “No miracle will happen. The PDP will never win Ovia North East, which is my local government. They are planning thuggery. But, what have they done there? Even, the road to their village, the contract was awarded. The amount was paid in full and the work was not done. So, if a man can steal from himself, what else do you expect?”

Mr. Uyigue said Governor Adams Oshiomhole has lived up to expectation, adding that the people will vote for the APC candidate, Godwin Obaseki.

He added: “Since I joined politics, I am yet to see a governor who has performed like Oshiomhole”.