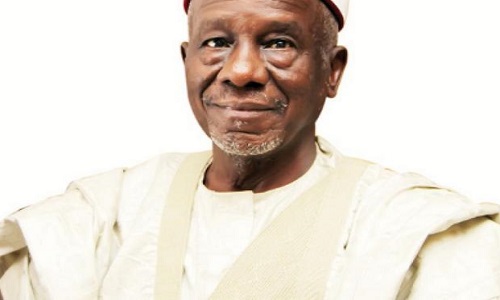 Twenty three years after he gave judgment annulling the June 12, 1993 presidential election, Justice Dahiru Saleh has said he has no regrets for his action even as he absolved former military ruler, Gen. Ibrahim Babangida (retd.), of blame in the controversial decision.

The election, won by late business mogul, Chief MKO Abiola, was cancelled by the Babangida administration, with the former military ruler accepting responsibility for the decision, which nearly plunged Nigeria into another civil war.

The 1993 presidential election, adjudged to be one of the most credible polls in the country’s history, saw Abiola, a Muslim from the South, who ran on the platform of the Social Democratic Party (SDP) defeating a northern Muslim, Alhaji Bashir Tofa of the National Republican Convention (NRC).

The election was historic for many reasons especially when considering the fact that Nigerians across religious and ethnic lines, voted massively for Abiola, who ran a joint ticket with another Muslim from the North, Alhaji Babagana Kingibe.

However, a cancellation of the election prior to the final announcement of results, triggered months of chaos, especially in the Southwest, where the SDP candidate hailed from, as angry Nigerians questioned the decision.

But speaking to The Interview magazine, Mr. Saleh dismissed speculations that Mr. Babangida had a hand in the judgment annulling the said election.

“The former president did nothing of the sort”, said Mr. Saleh on whether Mr. Babangida forced the judgment on him.

“There were so many cases and I cannot remember all the cases off-hand. There was the case against MKO Abiola and it was before one of my judges; she was Igbo but I can’t remember her name. She started the case, then fell sick and was flown out of the country for treatment”.

“Then there was another case against him (MKO Abiola) and I had to transfer the case from the other judge’s court to my court. During that time it turned that Abiola didn’t even finish the case before he disappeared. Later, I learnt he had been arrested by authorities”, he added.

Saleh, who was the Chief Judge of the Federal High Court at the time, however, blamed Mr. Abiola for not challenging his judgment canceling the election at a Court of Appeal.

“If Abiola wasn’t happy with the case, he could have appealed it to the Court of Appeal, to the Supreme Court”, said the retired judge.

“The judicial system was still open but he chose not to follow it”, Mr. Saleh said. “Why no one followed up the annulment of the election in the higher courts is best known to members of Abiola’s party at that time.

“If he, as an individual, was not interested, there must have been other people who would be interested to see the end of the story but they didn’t appeal”.

The former Federal High Court Chief Judge said the friendship between Babangida and Abiola could be a reason people hold the former president responsible for the annulment.

“They were very close and there were so many assumptions regarding the relationship between the two of them”, he said.

“But the point is, in those days, the Yorubas wanted Abiola to become president; he was seen as a kind and considerate man to every Tom, Dick and Harry.

“Unfortunately, he wanted to be the president but he couldn’t be. While the political blame must be on President Babangida, he (Babangida) did nothing of the sort to stop him, using my court”.

Mr. Saleh also said he had no personal relationship with Mr. Babangida while the latter was in office.

“I think I was in service when I first came to know him. I can’t remember the time,” he said.

“But I only came to know him well after his retirement. I was already Chief Judge when he was president. He came and met me there and he left me there. But while he was in office, we had no personal relationship. He was my boss; I was his subject”.

The retired judge also maintained he had no regrets whatsoever for cancelling the June 12 polls and would do so again, if history repeats itself.

“Anybody not satisfied with what I was doing as Chief Judge could appeal to the Court of Appeal and then to the Supreme Court, simple”, he said.

“And I have no regrets, none whatever. No regrets. I would repeat the same thing now”.