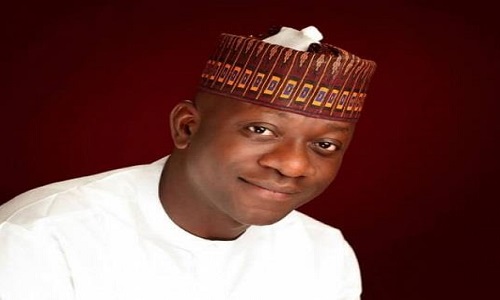 The Presidency has dismissed claims by Hon. Abdulmumin Jibrin that he“blocked” from seeing President Muhammadu Buhari.

Jibrin said he intended to see President Buhari over his budget padding allegations against some principal officers of the lower legislative chambers.

76-Finally, this cabal of two governors & 3former members have blocked every avenue that I can use to reach the President so that he can get

Former Deputy Minority Leader of the 6th and 7th House of Representatives and Senior Special Assistant to the President, Abdulrahman Kawu-Sumaila, is said to be one of those Jibrin had alleged to have impeded his effort to see the President.

Reaacting to the report, Kawu-Sumaila said as a lawmaker, Jibrin should know the “protocol” on how to see the President.

According to the SSA, the former Appropriation Chairman had never approached him to facilitate a meeting with the President.

He said, “The way he has been going about this issue is unfortunate.

He is dragging the names of innocent people into it.

On his role in facilitating Buhari’s meeting with Dogara, Kawu-Sumaila said, “When the Speaker wanted to see Mr. President, he told me.

“I did my part to facilitate it. I was waiting at the office while they met. I was not at the meeting with them.

“It was after the meeting ended and the Speaker came out that I saw him off.

“The same thing would have happened if Jibrin requested to see the President.”