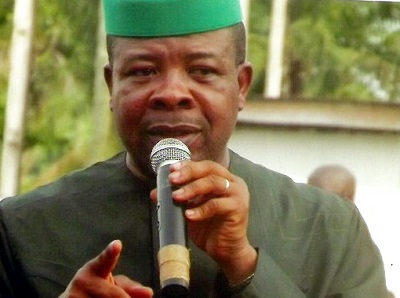 The immediate past Deputy Speaker of the House of Representative, Emeka Ihedioha, has declared that the national convention of the Peoples Democratic Party, scheduled for August 17 in Port Harcourt, the Rivers State capital, will hold as planned.

Ihedioha made the assertion in Port Harcourt on Wednesday.

The former deputy Speaker of the House of Representatives, who spoke as chairman of Rivers ad hoc/ward/national delegate congresses, said no amount of distraction would stop the party from holding the convention.

He said the leadership of the party would not be distracted by the antics of the embattled chairman of the party, Senator Ali Modu Sheriff, stressing that the former Borno governor was validly removed through a motion at the May 21 convention of the party in Port Harcourt.

“We are on course and focused, and would not be distracted by anybody. Sheriff’s tenure as PDP chairman has expired. All the executives of his team were removed. PDP constitution made it very clear on how the chairman of the party would be removed”, Mr. Ihedioha said.