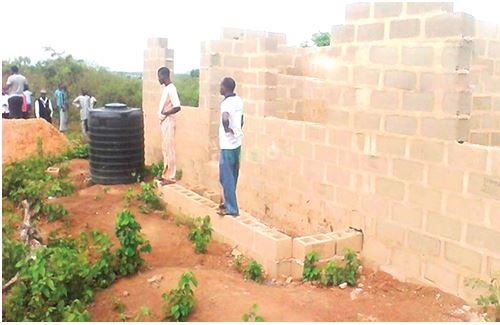 Two weeks after Lagos state government signed into law the Property Protection bill which is aimed at putting an end to land grabbing in the state, an Ojodu magistrate court yesterday sentenced a land grabber otherwise known as Omo Onile, 37 year old Lekan Adetona, to three months in prison for beating up a site worker who refused to give him money at a site at Anobi Street, Alapere, Ketu.

According to the victim who is a welder, Lekan connived with others still at large to severely beat him up when he refused to give them money. He said on the day of the attack, he had gone to meet some of his friends at a site on Anobi Street, where they were to carry out some construction work. On getting there, he didn’t meet them and as he turned to return to his shop, a group of three young men led by Lekan accosted him and demanded for money, thinking he was the site engineer.

His explanation that he wasn’t a worker on the site fell on deaf ears as the accused and his accomplice began to beat him up.

He raised an alarm while he was being beaten and some people came to his rescue and were able to apprehend Lekan who they handed over to the police.

He was charged before an the Magistrate Court where the Magistrate, Sule Amzat, found him guilty of terrorizing land owners in the area and sentenced him to three months in prison.