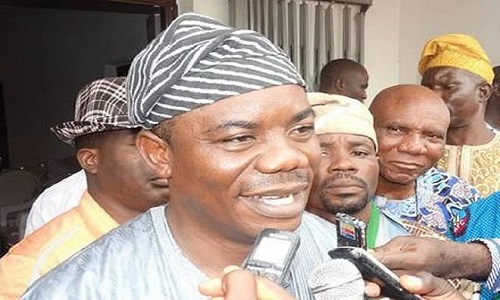 The embattled chairman of the All Progressives Congress, APC, in Ondo State, Hon. Isaac Kekemeke, said the allegation that he endorsed an aspirant for the party’s governorship primary was misplaced.

According to him, he didn’t have any preferred candidate among the aspirants.

Speaking with reporters after a three-hour meeting in Abuja with the Chief John Odigie-Oyegun-led National Working Committee (NWC), Kekemeke said he informed the state executive members over two months ago that he would not be voting during the primary.

He stressed that this position would enable him to remain neutral and be able to speak to the aspirants after the primary.

Kekemeke said his preferred aspirant would be the one that will gather majority of the votes after Saturday’s primary.

“I have said repeatedly that I do not prefer any of the aspirants and I have no power to deny anyone the constitutional right to prefer any aspirant. All I know is that I don’t have a preference. I have a vote. In the interest of perception, I did announce to the state working committee over two months ago that I was not going to vote.

“My preferred aspirant is the one that is able to garner the majority of votes, to get the highest endorsement and the about 3,000 delegates would determine my preference”, he said.

The embattled chieftain added that by virtue of his position, he was forbidden constitutionally to have preference for any aspirant even as he described events of the last one week, which culminated in the closure of the party’s secretariat, as a family affair.

Kekemeke said he did not have any misgiving about his purported removal as state chairman.

He said: “You heard the position of the NWC that it is not aware of my removal as state chairman. I am also not aware of it”.

Assuring APC members of a successful primary, Kekemeke said being a state controlled by the opposition, the party would face some logistics challenge during the primary but that they would be overcome.

On the chances of the APC at the November election against candidates of Peoples Democratic Party (PDP) and Social Democratic Party (SDP), he said: “SDP is not in Ondo State. As for the PDP, we are aware that it is factionalised”.

“One faction has held its primary and the other faction will soon hold its. When it comes to campaign period, we know what to tell the people of Ondo State. We have the Makarfi-led PDP and Sheriff-led PDP at the moment. So, let us wait and see”, he said.

APC’s Deputy National Chairman (North) Senator Lawal Shuaibu said the meeting was called to brief the Ondo State executive of the decisions reached between the NWC and aspirants for the Ondo primary.

According to Shuaibu, the Ondo State APC leaders were in agreement with the decision and pledged to abide by it and ensure the success of the election this weekend.