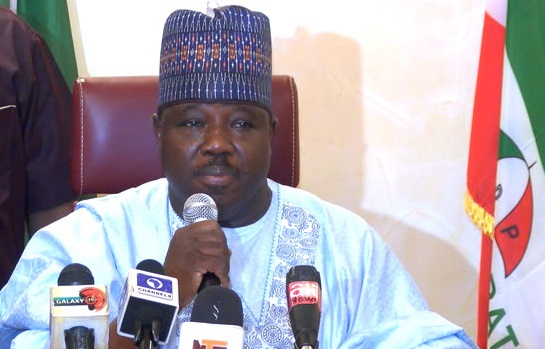 A faction of the Peoples Democratic Party, PDP, led by Senator Ali Modu Sheriff has inaugurated screening committee to screen aspirants who recently bought the expression of interest and nomination forms ‎to contest the forthcoming governorship election of Ondo State.

The committee led by Yunusa Mohammed, shortly after its inauguration, began screening of aspirants who were present at the event held at the Maitama residence of Mr. Sheriff in Abuja.

In a brief remark, Sheriff said his duty was to do everything democratically possible to ensure a level playing field for the primary election, adding that the decision on who emerges as PDP candidate for the election was with the delegates.

He also received a report on Ondo Governorship Delegates Election presented to him by chairman of the committee, Ibrahim Sheikh.

Sheikh said the delegate election was done without rancour.