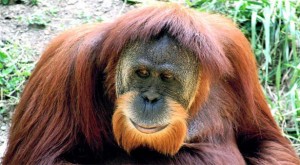 An Orangutan has been reported to have released a jazz single in celebration of World Orangutan Day.

The artist is a Sumatran Orangutan named Kluet who resides in Adelaide Zoo, Australia.

The title of Kluet’s debut single is ”Give me a Klue”.

The music Kluet the Orangutan created has been described as ‘modern jazz’ by producer and primate keeper Pij Olijnyk.

”There are certainly nods to a couple of classic jazz songs in there,” he said.

”I can hear a bit of Pink Panther theme and I think there’s a bit of The Way You Look Tonight as well.”

The release of the single marked World Orangutan Day in an effort to help support habitat protection and rescue operations for the critically endangered Sumatran Orangutan.

”It’s an opportunity to just celebrate orangutans but also to raise a bit of awareness about the plight of wild orangs because they’re in a lot of trouble.”