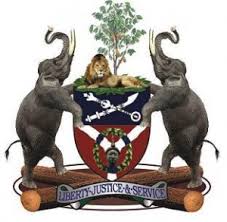 At a special sitting held to review the State’s development 25 years after it was created, the lawmakers said the state had although surpassed other states in the nation that were created at the same time but they still advised the Governor of the state, Rauf Aregbesola, on a number of issues that would fast-track the development of the state.

One of the sectors that the lawmakers urged the government to give more attention to, is the education sector.

Honourable Eluwole, however, praised the State civil servants for their doggedness and steadfastness  in the face of the current economic hardship. He went further by saying.

” As of now, if you go to Ife-Ede road and Akoda-Osogbo road, you will discover that these roads have become death traps.

“For a decade now no one can boast of getting water from the public tap. Many infrastructures are on the verge of decadence,” he observed.

The Speaker of the Osun State House of Assembly, Honourable Najeem Salam, however, ended the session by asking the people of the state to be patient, emphasising that the hard times being experienced in Nigeria would soon be over.