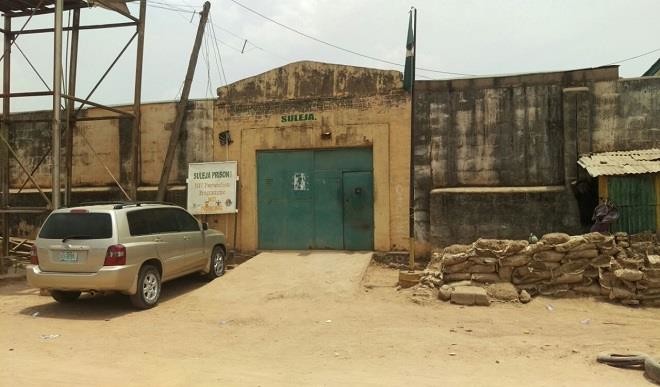 An official of the Nigeria Prisons in Suleja, Niger State, Dauda Suleiman, has complained bitterly about the leaking roofs of the prison and has pleaded for their immediate repairs.

Suleiman made this plea during the visit of the Citizens United for the Rehabilitation of Errants (CURE), a criminal justice reforms organisation, to the prison on Sunday.

While narrating the difficulties the leaking roofs has caused them in the prison, the deputy controller said staffs have been evacuated at one point as a result of flood to another location, he added that the walls of the prison is damped, on the verge of collapse and has been exposing inmates to cold.

He explained that the prison, which is the oldest in the country, lacks potable water, electricity, blanket for the inmates, uniforms, vehicles and medical equipment, adding that the cell rooms are congested with 472 inmates which is thrice its capacity

“We don’t have vehicles to take inmates to the 128 courts they are attached to. The only available vehicle is using my vehicle tyres.
“Some inmates have undergone operation and blood transfusion costing N25, 000 each. Inmates ought to be treated free in government hospitals, but we are made to pay. We source funds by asking staff to contribute for welfare,” he added.

While reacting to the problems listed, the Executive Director of CURE, Sylvester Uhaa, assured the prison that the NGO would reach out to the federal government through the Minister of Interior, Abdularahman Dambazzau, the Emir of Suleja, Mohammed Awwal Ibrahim, religious bodies and other public spirited individuals to assist them.