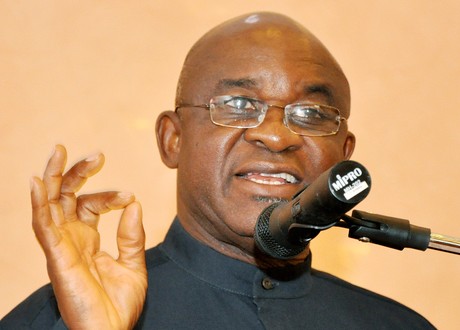 Former Senate President, David Mark, has warned leaders of the Peoples Democratic Party, against impunity or imposition of candidates ahead of the August 17 national convention of the party in Port Harcourt, Rivers State.

He reminded the party leaders that the defeat suffered in the last general election was self-inflicted as a result of non-adherence to democratic ideals.

A statement by Senator Mark’s media assistant, Paul Mumeh, quoted him as saying this when members of the Benue State chapter of the PDP paid him a visit at his country home in Otukpo.

It said the former Senate president noted that “it is incumbent on our leaders and members to allow the popular will of the people prevail at the congresses and convention”.

It also quoted him as calling on PDP members to remain steadfast, just as he frowned against defections at will because of the present challenges facing the party.

Mark stressed that such inconsistencies neither enhances the democratic culture nor the integrity or credibility of politicians who defect.

He said: “ If we must uphold the sanctity of democratic culture, we must follow the path of honour like the Democrats and Republicans in the United States of America or the Labour Party or the Conservatives in the United Kingdom, who hold on to their political ideologies, no matter the odds”.

Mark restated that no matter the challenges, he will not leave the PDP, a platform he said afforded him the opportunity to contest and win elections since 1999.

He reminded party faithful to work hard in the days ahead as credible opposition and overcome the challenges.

The statement noted that the Benue PDP Chairman, John Ngbede, who briefed Mark about affairs of the party, said the party now works as one family.

It said Ngbede listed one of their challenges as cash and appealed to the former Senate president to help address the issue.