Reports from Manchester indicate Pep Guardiola is eager to sell the trio of Samir Nasri, Eliaquim Mangala and Wilfried Bony. 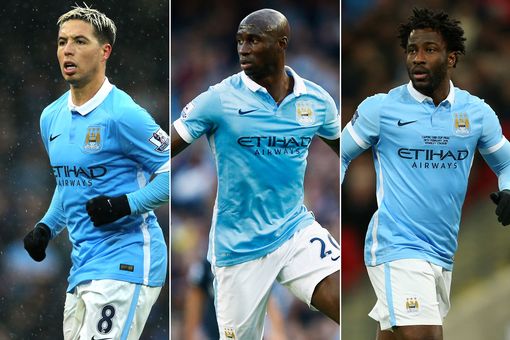 An insight into the manager’s plan was revealed yesterday when the players were left out of City’s squad for next week’s Champions League clash against Steaua Bucharest.

Guardiola did not include them among the 21 players registered with UEFA, but new signing John Stones did make the cut, reports the Manchester Evening News.

Nasri, Mangala and Bony are all expected to leave the Etihad Stadium before the transfer window closes at the end of the month.

Injured duo Vincent Kompany and Ilkay Gundogan have also been left out of the play-off squad, but can be added to it ahead of the group stages should City progress.