Home National News Odd News Police Respond To Bank Robbery Only To Learn It Was Just A...
Facebook
Twitter
WhatsApp 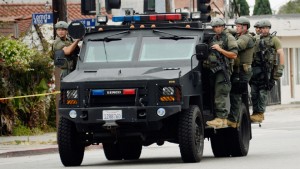 But they didn’t find what they expected.

Instead of a bank robbery, officers eventually discovered that a bank robbery scene was being filmed at a business next to the real bank.

But no one had told the real bank employees or the real police about the movie shoot.

The incident began Wednesday morning when officers received a report of a violent bank robbery in progress.

“The bank tellers are in the break room, and all of a sudden they hear loud bangs and, ‘Everybody get down! Get on the ground! This is a robbery! Put all the money into the bag!’ So they huddle in a corner and call 911,” said Cottonwood Heights Police Lt. Ryan Shosted.

At least eight officers arrived at the scene.

“We had officers with long guns set up, we had a containment set up,” Shosted said.

Police also started calling tellers inside the bank who were still working.

After about five minutes, Shosted said officers realised everything wasn’t as it originally seemed. They then realised that a movie was being filmed next door.

Shosted said the incident is a great reminder of why police need to be notified about such activities that could potentially cause confusion or suspicion. In this case, he said it was fortunate that no one was hurt or placed in handcuffs.

“We don’t want to put anybody in more danger than we need to, but everybody that leaves that bank as we’re arriving is potentially an armed bad guy,” he said.

Shosted said his department has also experienced an increase in the number of calls reporting suspicious behavior because of people playing ”Pokemon Go.”

Even Pokemon Go players, he said, should notify businesses about what they’re up to if they plan on hanging out at a location for a while.