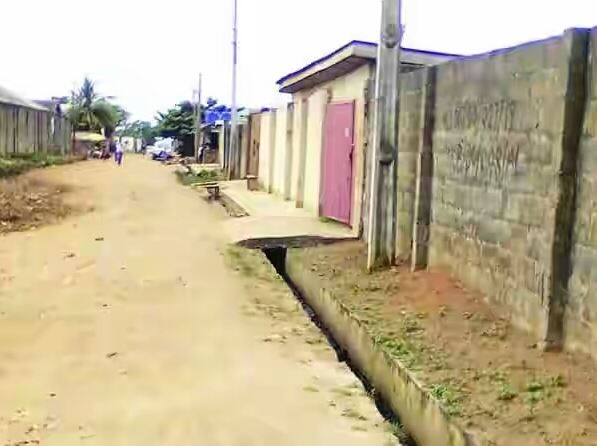 A 17-year-old girl, Temitope Saka, has died after drinking insecticide, Sniper, in the Igando area of Lagos State.

PUNCH Metro gathered that the victim left behind a suicide note in which she allegedly blamed her grandma for her death.

Our correspondent gathered that Saka’s boyfriend reported the incident to the police at the Igando division, which led to the arrest of the woman.

It was learnt that the victim’s mother died when she was three years old.

A source explained that Saka, who was the only child of her parents, was taken to her grandmother’s house on Mofoluwasho Close, Alhaji Ede bus stop, Igando.

The source said, “She had been living with her grandma since her mother died. The grandma is a trader in Ikotun, where the girl met her boyfriend, who is also a trader.

“There were times that the girl brought the man home and he spent the night with her because the grandma went for vigils.”

Another source said when the victim became pregnant, her grandma insisted she packed out of the house.

“The woman insisted that she packed to her boyfriend’s house. She threw out her luggage and chased her away,” he said.

Our correspondent learnt that the victim drank the poison last Wednesday and began foaming in the mouth at her boyfriend’s house.

She was said to have been rushed to the Igando General Hospital where she died.

Her boyfriend, who saw the suicide note, was said to have reported the incident to the police.

A resident said, “The girl and the boyfriend loved each other. The man did not even reject the pregnancy.

“The grandma probably chased her away because she could not stand the shame that the girl got pregnant out of wedlock.

“Last Wednesday, while she was at the boyfriend’s house, she started foaming in the mouth and she was taken to the hospital.

“The boyfriend found a suicide note where she accused her grandma of causing her death. He reported to the police.

“The police took the note and arrested the woman. She was in tears at the bus stop as she kept saying she didn’t mean any harm. It was a sad sight.”

A woman on the street told our correspondent that Saka was her parents’ only child.

She said, “Out of all the women her father married, it was only her mother that had a child and she was the only child. She was the hope of the family. Now that she is dead, that hope is gone.”

Our correspondent learnt that it was the second time in less than two months that a pregnant teenager would commit suicide in the area.

On June 18, a 19-year-old girl, Uche Obiora, allegedly took Sniper at her boyfriend’s house, which is a street away from Saka’s grandmother’s house.

A resident, who identified himself as Goddey, appealed to the government to intervene in the increasing rate of teenage suicides in the community.

When our correspondent approached Saka’s relatives at their house on Mofoluwasho Close, they declined comment.

A fair-complexioned woman, who donned a berret, said, “Nothing evil happened to us here. Please leave now. We don’t want to say anything. You can write whatever you have heard. We have nothing to say.”

She said, “The victim allegedly drank a substance suspected to be Sniper insecticide.

“She was rushed to the Igando General Hospital for treatment; but she died. Her corpse has been deposited at the hospital’s morgue for autopsy. Investigation is still ongoing.”