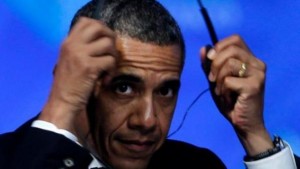 A little Nas and Chance the Rapper during the daylight hours, with some Janet Jackson and Aretha Franklin at night.

Those are just a few choice from President Barack Obama’s recently dropped 2016 summer playlist tagged ‘Summer POTUS playlist’, which he revealed on vacation with his family at Martha’s Vineyard. 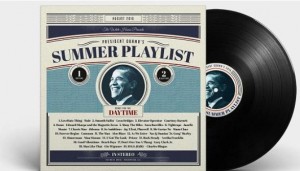 Via Spotify and retweeted over a hundred thousand times on Twitter, Obama gave the world a sampling of his eclectic selection of music, which is divided into more upbeat, “daytime” songs and slower “nighttime” songs and features a wide blend of legendary artists culled from across several decades. 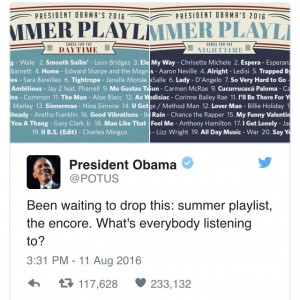 The list includes Jay Z, D’Angelo, Wale, Method Man, The Beach Boys, Janelle Monae, Aloe Blacc, Sara Bareilles, Floetry, Ledisi, with several oldies like Billie Holiday all made the 39-track list, which a roster at The White House said Obama had “hand-picked” himself.