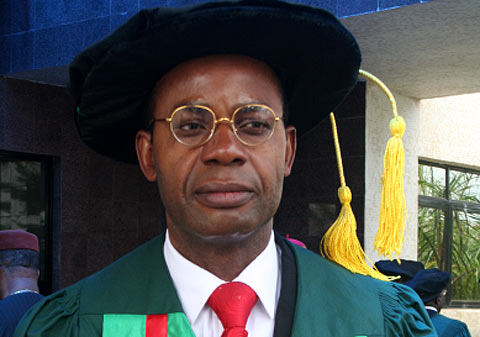 The Independent Corrupt Practices and Other Related Offences Commission (ICPC) has arraigned Martin Aghaji, a former Consultant Cardiothoracic Surgeon in the Department of Surgery, University Of Nigeria Teaching Hospital (UNTH), Enugu, before a Federal High Court sitting in Enugu State.

Mr. Martin, a Professor of Medicine, was docked on a four-count charge of demanding and receiving gratification in the course of his official duties.

The charges bordered on administrative corruption, extortion and conferring corrupt advantages on himself, which the ICPC says violate Sections 8 and 19 and are punishable under Section 19 of the Corrupt Practices and Other Related Offences Act, 2000.

The commission said Mr. Aghaji had some time in 2003, while being a public officer, used his position as a Consultant Cardiothoracic Surgeon at UNTH Enugu, to demand for N320, 000 and received N70, 000, before he could carry out a surgical procedure on one late Francis Ebeogbodi, which he never did before the patient passed on.

The ICPC said although it was unethical for doctors in public service to demand and accept money before performing their official duties, the accused allegedly did so.

However, the accused pleaded not guilty and was granted bail on self-recognition.