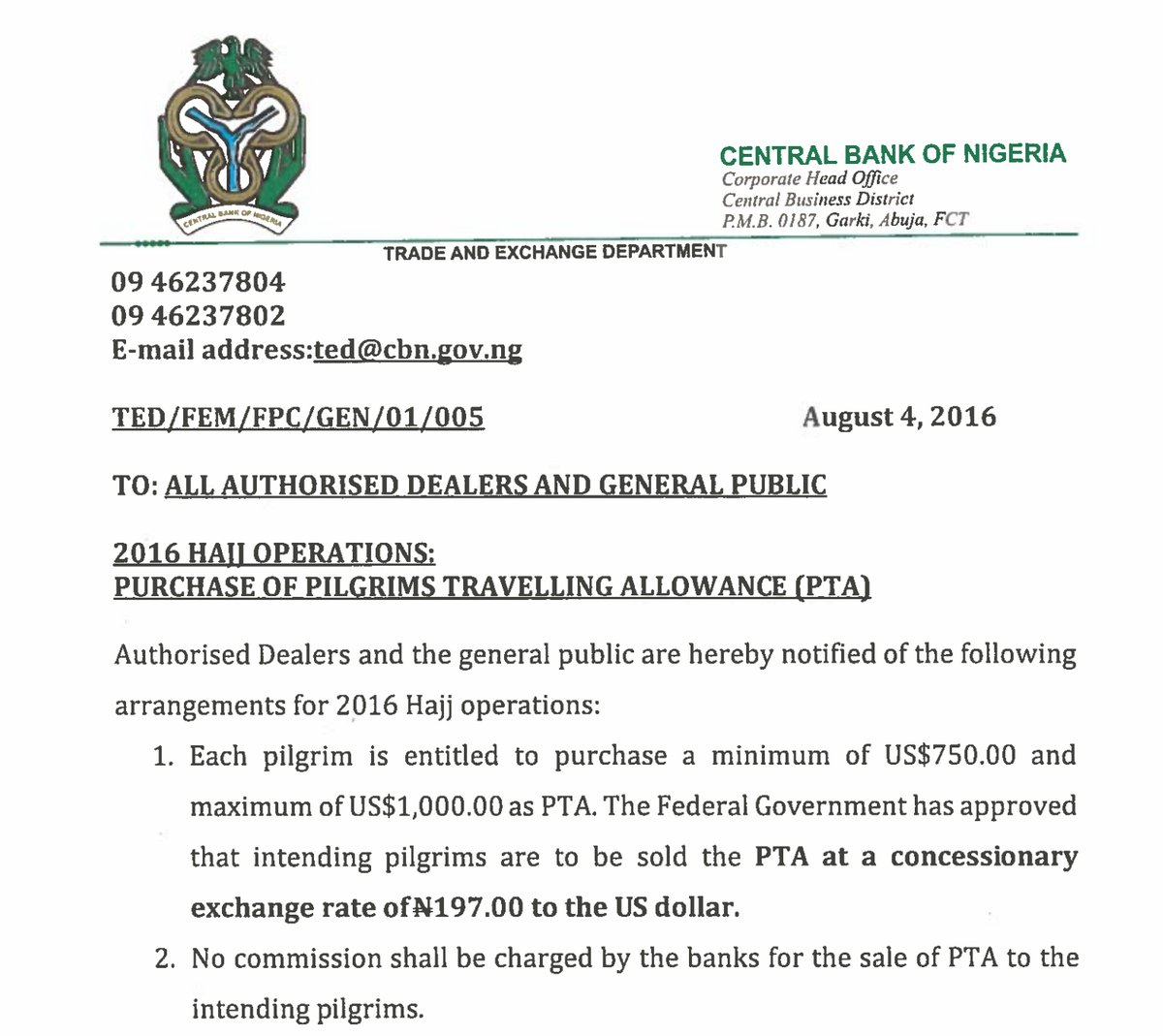 The  directive of the Federal Government to CBN to sell Dollar at 197 Naira to Hajj Pilgrims has generated diverse reactions on social media.

After hearing of the dollar subsidy for Hajj, the Christians going to Jerusalem are worming up like… pic.twitter.com/v9PO2AkPmt

So, while employers & manufacturers can’t access it @cenbank instructs sale of FOREX for Hajj at N197? #Insane! https://t.co/GFvWnid750

Hajj Package; but we had a stranded team, IDP camps have issues, Nigerians are exchanging at 400 to the dollar. Misplaced priorities.

When I heard the news of the N197 to the $ made to pilgrims going for Hajj, I marvelled. This happens when religion is mixed with state

No forex for students abroad. No forex for traders/business men. Time for Hajj!!! Oh look!!! Forex for everyone!

Dear President @MBuhari
People are dying of hunger. You haven’t given them food packages you are giving Hajj package pic.twitter.com/RZCn86Mg6l

Education? Who needs that? al-Hajj more important that BSc, MA or PhD https://t.co/CKPS4kSKKw