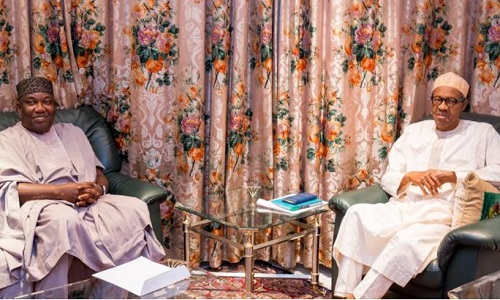 Governor Ifeanyi Ugwuanyi of Enugu State has appealed to President Muhammadu Buhari to redeem the pledges he made to the people of the state during his presidential campaign last year.

He made the appeal yesterday in Enugu, the state capital at a town hall meeting organised by the Federal Ministry of Information.

The governor said appeal became necessary, following the epileptic power supply in the country and Mr. Buhari’s pledge to revive the coal mines in the state as alternative source of power.

Ugwuanyi lamented that the sorry state of electricity across the country was discouraging investments.

He said: “I recall the president’s campaign promise to revive the coal mines in Enugu and utilise it to generate electricity.

“Coal is a major energy source in some countries of the world and we have it in abundance in the state. If this is done, it will directly or indirectly create jobs for millions of Nigerians”.

Ugwuanyi also reminded the Federal Government of the Ada Rice Farm Irrigation Project it started in the state in 2007, adding that work had since stopped on the site.

The governor said the project was critical and important to the state government, following efforts to diversify the economy and make the country self-sufficient in rice production.

He said: “Of very critical importance to us is the Ada Rice Farm in Uzo Uwani Local Government Area. The project has the capacity for low gravity irrigation and has the potential of expansion to cover 10,000 hectares.

“Unfortunately, only 1,200 hectares of irrigable land have been fully developed. The Federal Government started the rehabilitation of the project in 2007. Sadly, progress in this regard has stalled”.

He also appealed to the Federal Government to re-evaluate the project to make it fully functional, adding that it would provide employment and boost economic activities in the area.

The governor regretted that some Federal Government agencies in the state were indebted to it and contributed to its financial stress.

“The government of the state will in this regard appreciate the intervention of the Federal Government to ensure the payment of huge debts owed the state by some federal agencies and establishments in the state.

“These institutions have continued to owe even though the state government provides infrastructure and other ancillary supports to them”, he disclosed.

The governor, however, commended the Federal Government for providing bailout funds to states, saying this had assisted them to wriggle out of some financial challenges.

He said: “While we commend the Federal Government for providing the bailout funds, we do humbly appeal for the release of more resources to the states to enable them discharge their ever increasing responsibilities”.

“We request for Federal Government’s intervention in the rehabilitation of its roads linking the Southeast states. They are in deplorable condition”.

Ugwuanyi called for the economic encouragement of the zone to stem capital flight by localising skills acquisition among the youths to increase productivity.

“I thank the Minister of Information and Culture for bringing this meeting to the zone. I am convinced that the presence of these ministers will help usher in the new vista of development for Enugu State and other parts of the Southeast region”.

In his remarks, the Iformation and Culture Minister, Alhaji Lai Mohammed, said the Federal Government was not unmindful of the sufferings of Nigerians, assuring that the difficult times would not last.

He said the Federal Government would evenly develop all parts of the country, adding that no region would be left behind.

On the deplorable condition of the roads in the zone, Mohammed said the Federal Government had mobilised contractors to begin work on some of them although, the rains might have hindered the progress of work on the roads.