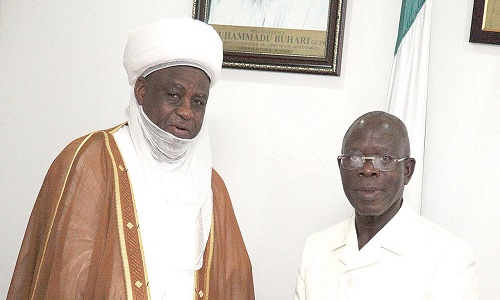 Governor Adams Oshiomhole of Edo State has said religion is very important in building a peaceful and virile nation.

He made the assertion while declaring open the Annual Delegates Conference of the Nigerian Supreme Council for Islamic Affairs (NSCIA), in Benin City, the state capital on Saturday.

According to Oshiomhole, religious gatherings were important in building a peaceful and just society, whose citizens and leaders would be guided by the fear of God.

The governor said this would ensure that policy choices were guided by how they impact on the people.

While stressing the need for people to be judged by their actions and not their religious persuasion, Mr. Oshiomhole called on the media to always draw a distinction between religion and criminality. (NAN)