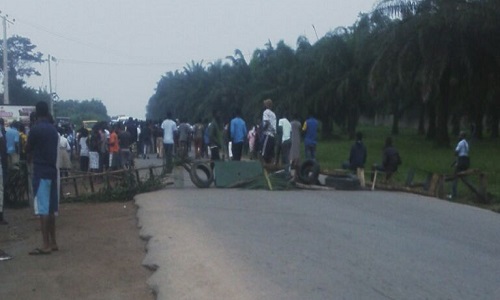 Hundreds of students of the Federal University of Agriculture, Abeokuta (FUNAAB), Alabata, Ogun State, have protested what they called intolerable incessant attacks by armed robbers on them in the off-campus area of the University.

The students, who took to the Abeokuta/Ibadan road in their numbers as early as 7.00am today (Thursday), barricaded the road in protest.

Robbery attacks have become a regular occurrence in the off-campus area of FUNAAB, with the victims, mostly students of the university, losing their valuables.

It was learnt that access to the Alabata junction of the road was blocked by the protesting students, forcing motorists heading towards Ibadan, Osiele, Alabata road, to alternative routes.