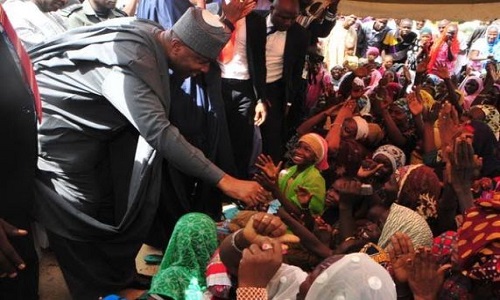 Saraki, who made the call in a statement issued yesterday in Abuja by his spokesman, Yusuph Olaniyonu, said it was important for Nigeria’s intelligence apparatus not to treat such rumours with kid-gloves.

“Seeing that ISIS has been recruiting members from European refugee camps, and the Kenyan government recently had to shut down the world’s largest refugee camp because Al-Shaabab was using the place to train and recruit young people as extremists, it is important that we take the rumours about Boko Haram recruiting from IDP camps seriously”, he said.

The Senate president also called for a comprehensive probe of the diversion of relief materials meant for the Internally Displaced Persons (IDPs) in the North-east.

He applauded the Economic and Financial Crimes Commission (EFCC) for investigating and arresting a contractor who diverted 60 trucks of grains that were allocated to IDPs in Borno State by the federal government.