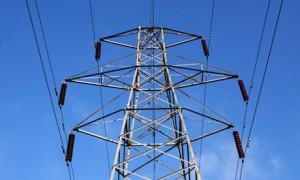 On Monday, the Transmission Company of Nigeria (TCN) revealed plans for the implementation of a five-year upgrade of Nigeria’s electricity transmission network from its present 5,500 megawatts (MW) wheeling capacity to 11,500MW by 2020.

This was disclosed by the acting Managing Director of TCN, Abubakar Tambuwal Atiku, disclosed this to journalists at a press briefing in Abuja.

The five -year plan would cost it $7.5 billion, and the funding will be sourced mainly from a mix of the federal government’s annual budgetary appropriation to it, concessionary loans and grants from multilateral financial and aids institutions as well as contractor-financing model.

SEE ALSO: Power, Finance and Energy Investors To Meet in Abuja By October

Atiku also said out of the 50 billion the company requested from the government in the 2016 budget, 30 billion was approved for it while 9 billion has been allocated so far, but it is still not within its account.

“In the realisation of 10,000MW as envisaged in 2019, our five-year expansion plan has 66 projects to be completed, leading to a total wheeling capacity of 11,500MW by 2019. The plan has also been carefully developed with the aim of realising stable power supply by 2020,” said Atiku.

He gave a breakdown of how the company hopes to raise funds for this, saying: “The ongoing and new projects cannot be realised without adequate financial resources; TCN therefore anticipates that the federal government, as the sole owner of the company, will facilitate funding of the various projects.

“Apart from the government appropriation, TCN is also supported through funding agencies like AfDB, ADB, World Bank and special funds from the Eurobond, China-Exim Bank and JICA.

“Expected funding in terms of concessionary loans and grants from these agencies is put at $3.4 billion; federal government is expected to bring in about $1.5 billion for the five year period, while the proposed investor-financing initiatives by TCN is expected to contribute about $2.6 billion, this makes an estimated total funding requirement of $7.5 billion for the five-year expansion plan.”

Atiku also said the TCN had moved away from its past history of incompetence and was focused on ensuring that there is no stranded power from the generation companies. He added that going forward; stability of the grid would be guaranteed without system collapse under all circumstances.

“We intend to achieve this by changing our operational ways of conducting business along two major business practices of Transmission Service Provider and Independent System Operator. These two entities are to be empowered financially and administratively to deliver on our mandate.

“TSP is to focus on expansion and upgrade of TCN assets; ISO will provide the interface between the power generators and distributors by ensuring optimum dispatch of electricity. It will also be responsible for overseeing the market operations,” he noted.