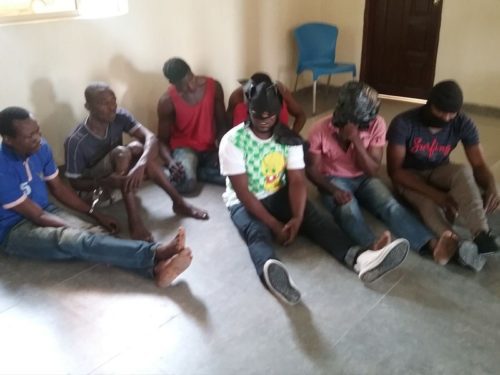 The Akwa Ibom State Police Command have arrested three suspected militants for being in the possession of high-power bombs capable of sinking any ship, boat, or destroying buildings or pipelines

The State Commissioner of Police, Murtala Mani, who paraded them on Friday at the state Police Headquarters, Ikot Akpan-abia, said the suspects were arrested on August 18, 2016, through an intelligence report.

Mani who briefed newsmen on the development through the Police Public Relations Officer (PPRO) of the Command, Cordelia Nwawe, said the suspects were arrested at Moden City Hotel in Eket local government area of the state.