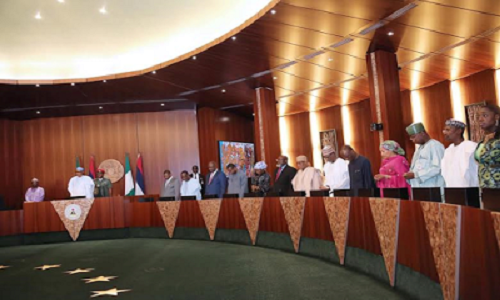 A member of the Board of Trustees of the All Progressives Congress, APC, Mr. Olisaemeka Akamukale, has revealed that at least three members of President Muhammadu Buhari’s cabinet did not believe he would win the 2015 presidential election.

Akamukale, a former National Auditor of the APC, however, failed to reveal the identities of the cabinet members.

The APC stalwart, who was Chairman of the defunct Democratic Peoples Party, one of the parties that merged to form the APC, was reacting to allegations of neglect by some members and supporters of the APC and the president, who worked for Buhari during electioneering.

Akamukale, who spoke with journalists at the national secretariat of the APC in Abuja on Wednesday, stated that contrary to the claim that Buhari was selecting only technocrats to work with him (the President), most of the politicians who worked for his Presidency, were professionals.

He said, “I know about two or three ministers who are serving today who told me Buhari would never be President of Nigeria. Today, they are benefiting from Buhari’s government. But it is only them that have their shame because it is only a dog that goes back to its vomit. I have nothing against them.

In response to the question if those who did not share in the ‘change’ vision of the APC but who were now part of the government were misguiding the administration, the BoT member noted that most of those who formed the party were now in government.

However, he noted that there were “strangers” in the current administration.