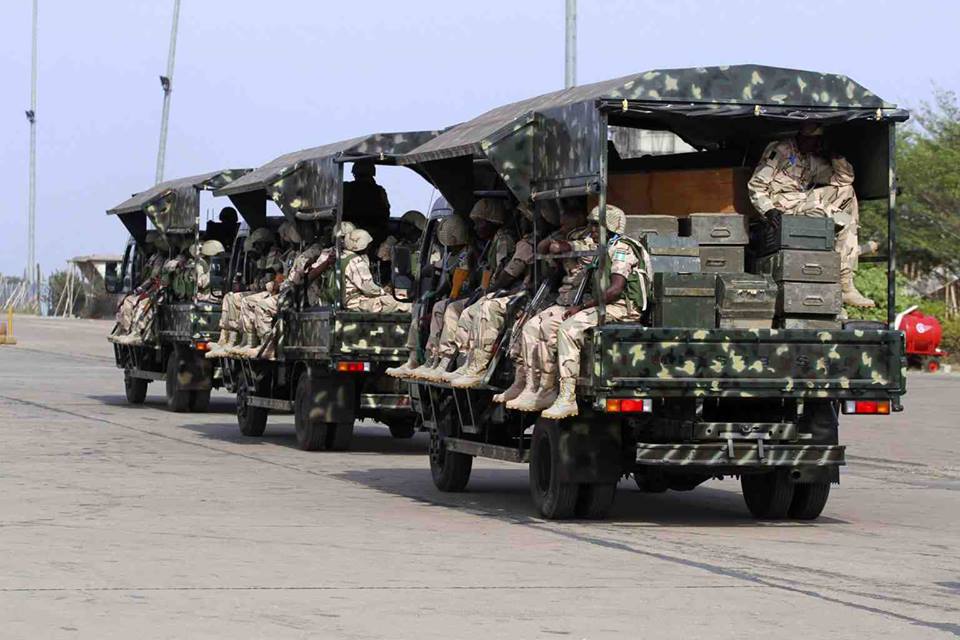 Soldiers from the Niger Republic have withdrawn from Damasak, a boundary town in northern Borno State, after recapturing the town from the dreaded Boko Haram sect.

The town is considered one of the strongholds of the terrorist group by the Multi-National Joint Task Force (MNJTF).

Theatre Commander of the Operation Lafiya Dole, Major General Lucky Irabor, visited the recovered town en-route Mobbar to congratulate and address troops of the 145 battalion for their exploits.

Irabor said the retreating Niger Republic Troops would continue operation on their own side of the border.

“Where is left is only Abadam and Malanfatori, he said.

“We are going there already the troops in Kangarwa are warming up. If not for the rain they would have been in Malanfatori.

“Very soon this operation would be over. All you need to do is keep the instructions we are giving to you,” Major General Irabor told the troops.