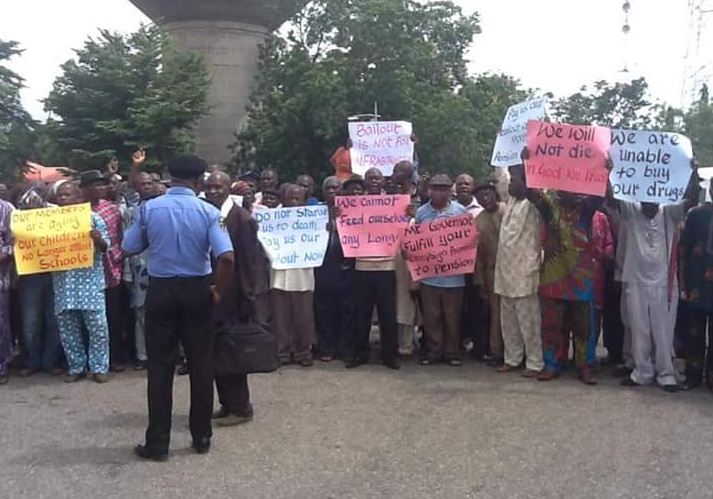 Two protesting pensioners of Benue State today slumped right inside the Government House in Makurdi while insisting Governor Samuel Ortom must pay them.

But the leader of the concerned pensioner, Mr. Kyado said no week passes without four to five pensioners dying in penury across the 23 local government areas of the state due to hardship arising from hunger, disease and starvation. 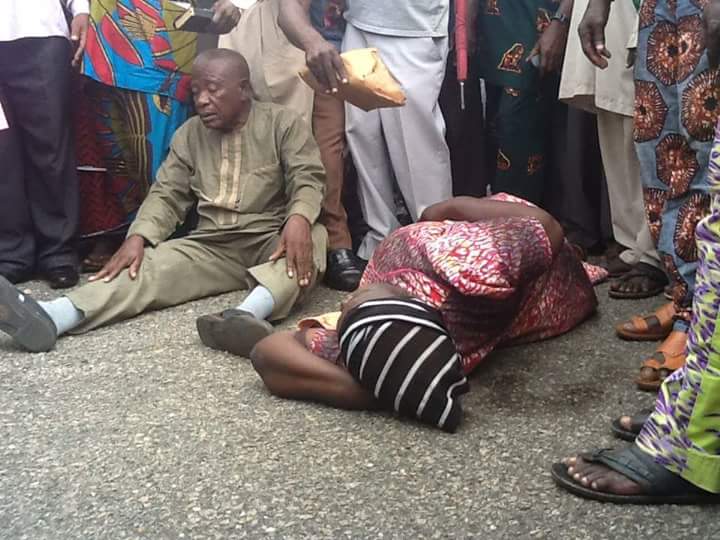 The eleven months being owed according to the pensioners covers November 2014 to April 2015 the period they said the government failed to address using the N28 billion bailout funds doled to the state by the federal government to tackle backlog of salaries owed state workers.