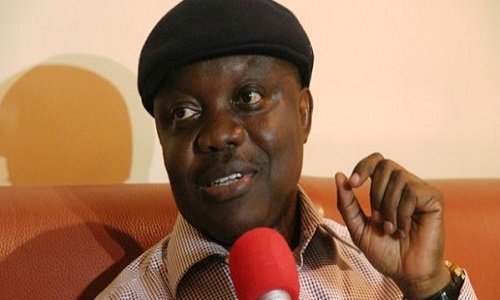 The immediate past Governor of Delta State, Dr. Emmanuel Uduaghan yesterday accused the National Human Rights Commission (NHRC) of not thoroughly studying the circumstances surrounding the nullification of his election in 2007 before including his name in the list of poll offenders.

Uduaghan’s name featured in relation to the case of Chief Great Ovedje Ogboru & another vs Dr. Emmanuel Uduaghan & others in appeal No: CA/B/EPT/38/10 in relation to the state’s governorship election, decided by the Court of Appeal, Benin division.

The former governor was indicted in the report under administrative and judicial misconduct.

In the judgment, part of which was quoted in the report, Uduaghan was found to have benefited from votes “not obtained through due process”.

In his reaction, the Peoples Democratic Party, PDP, chieftain said he was wrongly removed by the appellate court, stressing that the position of law on the “burden of proof”, which the court relied on to nullify the election, had been clarified by landmark rulings and judgment, which reverted the onus to the accuser.

“Therefore the Appeal Court judgment in Benin was wrongly against me. Unfortunately, the National Human Rights Commission did not study my case properly before making their recommendation”, he said last night

Uduaghan, who described the report as lazy, insisted that his name wouldn’t have been included if the commission had looked at the circumstances that led to the ‘wrongful’ nullification of his election by Appeal Court sitting in Benin.

He said: “The Court of Appeal nullified my 2007 election based on the law of burden of proof: Who does the burden of proof rest on? The petitioner or the respondent?

“My 2007 governorship election was nullified in November 2010 on the basis of the decision by the Court of Appeal sitting in Benin, that a petitioner who lost election at the polling centre claiming before the tribunal that no election took place, has no burden of proving his assertion, as the burden rests on the party that asserts that election took place.

“That led to the re-run election. I could not go to the Supreme Court then because governorship cases ended at the Appeal Court.

“However, the decision of burden of proof was finally laid to rest in the case of the 2011 Presidential election between the Congress for Progressive Change (CPC) versus INEC where the election of the President was questioned.

“The Petitioner (CPC) alleged non-compliance with the electoral process. But the Supreme Court ruled that there can be no passing the bucket until the petitioner has discharged the onus cast on him by law, meaning the onus does not shift to the respondent”.