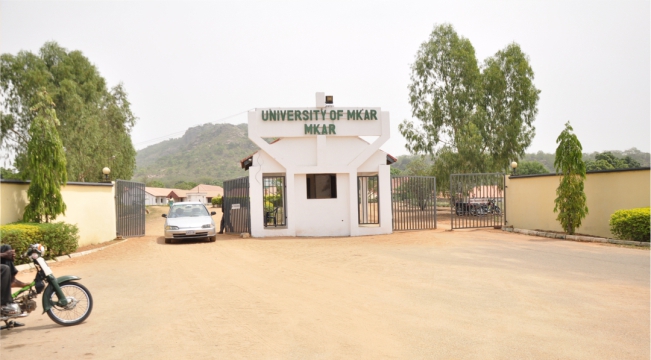 A lecturer of the University of Mkar in Gboko town Benue State, Mr. Aondosoo Winifred Tondo have been reportedly sent to his early grave by unknown gunmen in the early hours of Thursday.

Confirming the incident, Mr. Suemo Shagba, the Information and Communication Officer of the Christian Institute said about 4 of the hoodlums stormed the late lecturer’s house located within University staff quarters at about 4 am and shot him repeatedly in front of his wife.

The victim was rushed to Myom hospital but later transferred to Benue State University Teaching Hospital, Makurdi (BSUTH) where he was declared dead.

Mr. Suemo who said that the late lecturer was nursing an ambition to contest for the chairmanship position of Buruku local government area added that nothing was missing from the house as the criminals didn’t take anything.