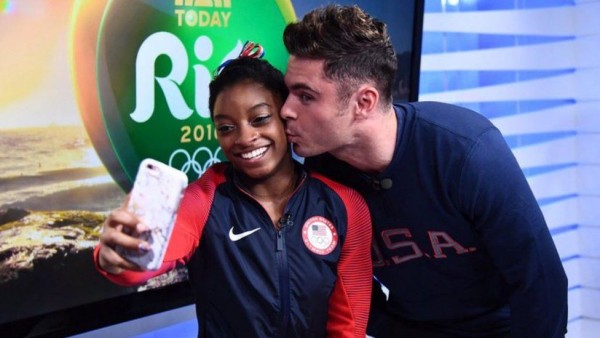 It’s hard to believe that anything can top winning four gold medals and one bronze at the Olympic games but for American gymnast, Simon Biles, there is!

The decorated 19-year old gymnast who even has a gymnastics move named after her has an equally famous crush on American actor, Zac Efron. Efron threw his support behind her even before the Olympics and he gave her the biggest surprise of all when he arrived at Rio to meet her and her teammates.

proof : had to do a retake bc I thought we were taking a picture then he kissed me instead ❤️ pic.twitter.com/rld33V14qe