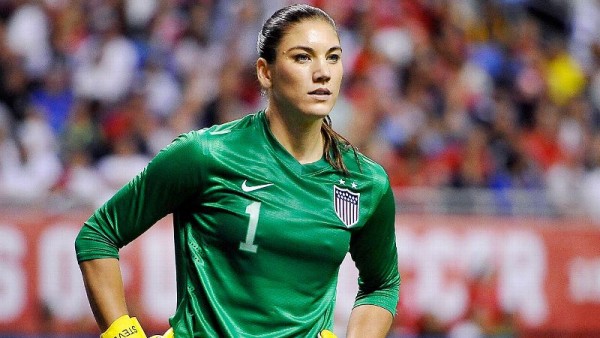 The USA women’s soccer team are hardly ever on the wrong end of a result but the Rio Olympics has been anything but predictable.

The defending champions lost to Sweden in the Quarterfinal after playing out a 1-1 draw in regular time before fluffing their lines on penalties. It is the first time the team has failed to reach the semi-finals of a major tournament.

US goalkeeper, Hope Solo was from gracious in defeat as she said after the match; “The best team did not win today”

Sweden took the lead in the 63rd minute and the US only managed an equaliser just minutes before the end of regular time. The USA’s Christen Press missed the fifth effort in the shootout allowing Lisa Dahlkvist to win it for the Swedes.

Solo went on to say; “I’m very proud of this team, But I also think we played a bunch of cowards. They didn’t want to open the game.

“They tried to counter with long balls. I don’t think they’re going to make it far in the tournament. I think it was very cowardly. They’re moving on and we’re going home.”

Sweden’s coach Pia Sundhage had the perfect riposte for Hope Solo as she said “It’s OK to be a coward if you win,”