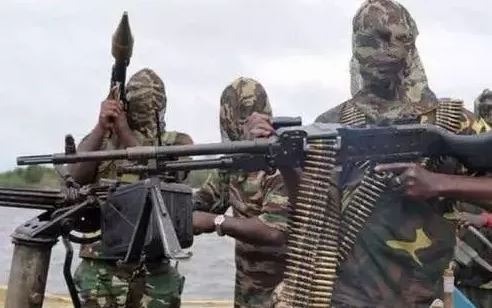 Niger Delta Avengers, NDA, yesterday, alleged that soldiers were the merchants of oil bunkering in the Niger Delta and that they have video and pictorial evidence of their involvement in crude oil theft and records, including how much they collect and make per day from illegal oil bunkering.

The group, in a statement denying security reports linking its forces to the killing of troops in Nembe, Bayelsa State, said it was surprised at the desperation of the military to always connect NDA to crimes in Southern Nigeria.

“It is a shame that Operations Delta Safe is still employing the old habit of deliberately dining and wining with fake intelligence from political thugs, political paymasters and enemies of the Niger Delta to perpetuate their continuous funding and relevance by leveraging on the hunger in the land,” spokesperson of the militant group, self-styled Brig Gen Mudoch Agbinibo, said.

The NDA had ceased hostilities, though unannounced, weekend, in deference to the plea by Niger Delta monarchs, leaders and stakeholders to all militant groups in the region to sheathe their swords.

It said, “One question for the Commander of Operation Delta Safe , is, who are the people perpetuating the ongoing illegal oil bunkering in the Niger Delta at the moment? We have both video and still photographs of the serious involvement of your troops in the pervasive crude oil thefts. We have records of how much profit you collect and make per day from these atrocities in the Niger Delta.

“To set the records straight, we cannot come after your dane guns and ammunition. Since the start of ‘Operation Red Economy,’ our forces have not fired one shot until we have achieved this great success of crippling crude oil productions in the Niger Delta to about 800,000 barrels per day.

“Those gang members paraded as killers of troops of ODS are well known followers of Mr. Africa Ukparasai and Mr Timipre Silva, who were armed by the All Progressives Congress, APC, during the governorship election in Bayelsa State.

“If your forces and formations come under attack by notorious elements of your own political collaborators and calculations, you should accept it as a friendly fire (from your own dubious creations getting loosed and fighting back to protect their territories and bellies) and enjoy it while it last. Excuse the NDA from your “Pig and Mud squabbles.

“Yesterday was Arepo in Ogun State, today is Nembe in Bayelsa State, which is the next state you want to involve the NDA in this your bread and butter security conspiracies and collaborations ?”