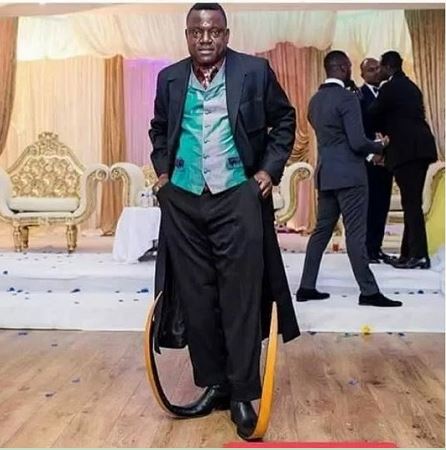 This man has caught everyone’s attention on social media since this photo of him emerged.

The man is seen wearing a pair of shoes considered to be the weirdest ever seen in recent times.

The shoes have pointed toe caps that bend high upwards such that they resemble cow horns.

Although the man’s identity and where he was spotted have not been confirmed yet,

he is being hailed on social media as the “king of shoes” whose rather bizarre style can confound anyone.

Some social media users have joked that the man is the one who designed the first shoe ever made and has just decided to reappear after thousands of years to rock this pair and prove his legend.

What do you think of the man’s shoes?