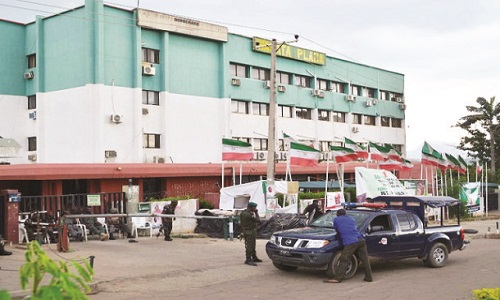 Chairman of the Peoples Democratic Party, PDP’s Board of Trustee (BoT), Senator Walid Jibrin, has assured that the leadership crisis currently rocking the party would soon be resolved.

The BoT Chair gave the assurance yesterday in Nasarawa, while addressing the party supporters at a rally organised in his honour by the PDP executive members of Nasarawa Local Government Area of Nasarawa State.

According to him, various stakeholders of the party were working tirelessly on how to assuage aggrieved members.

“Both Senator Ahmed Makarfi and Senator Ali Modu Sheriff are PDP members. If Sheriff is aggrieved, we are trying to listen, to look at his issues and by God, we are going to address his issues or problem without a fight, without quarrel.

“But I want to advise that all of us in the PDP must know that nobody is above the party. We must respect the law and constitution of the PDP”, he said.