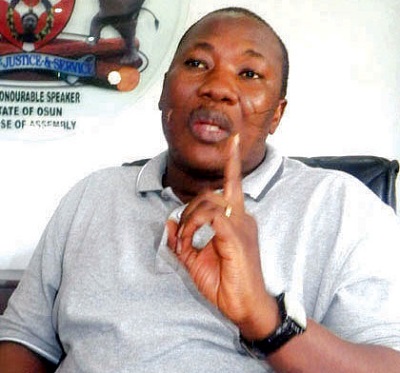 Members of the Osun State House of Assembly yesterday lamented over the cash crunch facing the state, saying it had subjected them to serious financial hardship.

The assembly’s deputy speaker, Mr. Akintunde Adegboye, stated this at a lecture organized to mark the 51st birthday of the Speaker, Mr. Najeem Salaam, in Osogbo, the state capital.

Adegboye, who spoke on behalf of all the 26 lawmakers in the Assembly, said they had resorted to meagre earnings from their private investments to settle critical financial obligations.

“As we speak, members of the assembly are still using their private cars to do oversight functions.

“Most times, we sleep in darkness in our official quarters because we cannot afford to fuel our power generating plants.

“But to the people in town, we are the people with deep purse. That is the irony of the situation.

“Here in the assembly, despite the fact that our members of staff get something at the end of the month, they still look at us as stingy people.

“How about thousands of our constituents that depend on us, especially the sick and the unemployed youths, as well as others with financial constraints?”

The deputy speaker urged the staff, relations and constituents to stop thinking that the legislators were making money like those in the National Assembly.

He disclosed that some of the staff of the Assembly even thought the legislators are stingy when the lawmakers couldn’t extend hand-outs to them as expected.

He said the economic situation had been responsible for the low keyed birthday for the speaker.