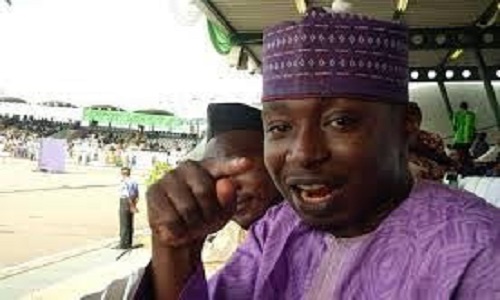 There were speculations Mr. Usman, known for his pro-APC stance, was picked up yesterday by security operatives in connection with an article titled “EFCC Boss, Magu Commences Total War With Core EFCC Staff” published on his website Abusidiqu.com.However, the EFCC, in a statement issued by its spokesman, Wilson Uwujaren, said the popular blogger was picked up for offences bordering on cyber-stalking.

According to the Cybercrime Act, 2015, Section 15(1), “Any person who, by means of a public communications network persistently sends a message or other matter that: (a) is grossly offensive or of an indecent, obscene or menacing character or causes any such message or matter to be so sent; or (b) he knows to be false, for the purpose of causing annoyance, inconvenience of needless anxiety to another or causes such a message to be sent; commits an offence under this Act and shall be liable on conviction to a fine of not less than N2,000,000.00 or imprisonment for a term of not less than one year or to both fine and imprisonment”.

Mr. Uwujaren said Usman was picked up at his Kubwa, Abuja home in the early hours of Monday, August 8, 2016, by operatives of the EFCC; a move that sparked social media outrage with the #FreeAbusidiq hashtag trending on Twitter, demanding his immediate release.

The commission said the blogger is currently being questioned over the alleged offence, which contravenes sections of the Cybercrime Act.

It said: “the suspect has already been offered administrative bail and would be released to his elected sureties”.

If charged, Mr. Usman would be the third blogger to be arrested under the Cybercrime Act, which was signed by President Goodluck Jonathan in 2015.

Two bloggers – Seun Oloketuyi and Emmanuel Ojo – were arrested in 2015 for offences that allegedly contravened the Act.