An eyewitness who chose to remain anonymous gave the following report.

An owl believed to be a witch allegedly came to attack the Reverend Father pictured above at a vigil crusade which held at Nkwo Umuiyida Enugu-Ezike in Igbo-Eze LGA Enugu state. according to an eyewitness, the owl allegedly fell on the altar and died instantly during the prayer session. 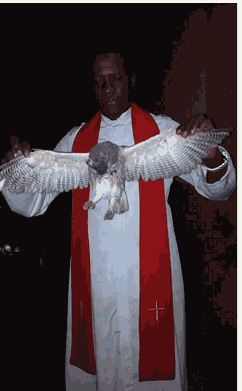