Isadora Cerullo, a member of the Brazilian women’s team which finished ninth place in the first-ever Olympic rugby sevens event might not have a won a medal but received a far greater gift.

After the match between New Zealand and Australia, Cerullo’s longtime girlfriend, 28-year-old Marjorie Enya took the pitch and popped the big question! 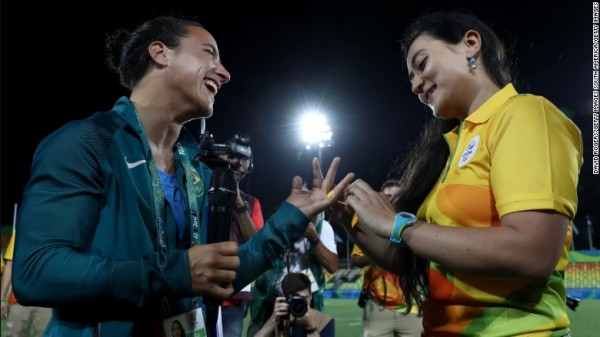 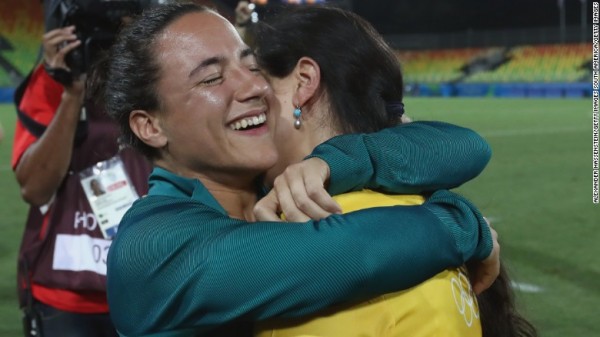 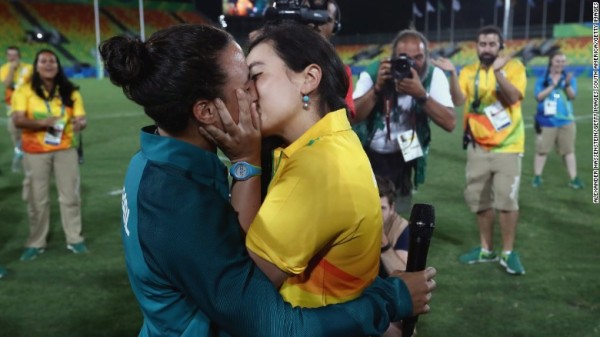